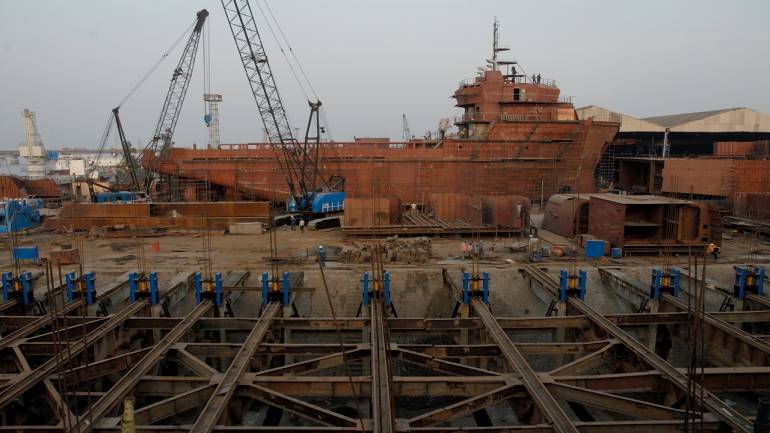 AGB Shipyard’s Rs 14,000 crore loan account has been declared as ‘fraud’ and classified as a non-performing asset (NPA) by its banking consortium, Business Standard reported.

As an NPA, banks are now not expected to make additional provisions for it. The 22-bank consortium is headed by ICICI Bank, who along with the State Bank of India and IDBI Bank have the highest exposures in excess of 50 percent to the company, the paper added.

Moneycontrol could not independently verify the report.

Among lenders, SBI was the first to classify the account as ‘fraud’, followed by ICICI Bank and then IDBI Bank. The bank-wise breakup of the exact exposure was unavailable, but since the three make up, by value, 66 percent of the lenders, all banks in the consortium have to classify the loan as ‘fraud’.

Besides the loan, ICICI Bank also holds 11 percent equity stake in the company, followed by IDBI Bank, Oriental Bank of Commerce and Punjab National Bank at 7 percent each, and Dena Bank at 5.7 percent.

The Reserve Bank of India (RBI) had classified AGB Shipyard among the ‘dirty dozen’ to be taken up under the Insolvency & Bankruptcy Code (IBC). The new development could hit the resolution process underway with the National Company Law Tribunal (NCLT).

The loan amount pegs AGB Shipyard’s fraud in the league of the Nirav Modi scam, where lender PNB took the hit. A source told the paper that it is yet unclear whether this case was captured in the RBI’s latest set of public domain fraud numbers, but said that banks may have been asked to treat it as fraud by the central bank.