By: Jacob
In: HIV and AIDS
Tagged: Deaths, Drives, HIV, in, Infection, STILL, Underlying, US 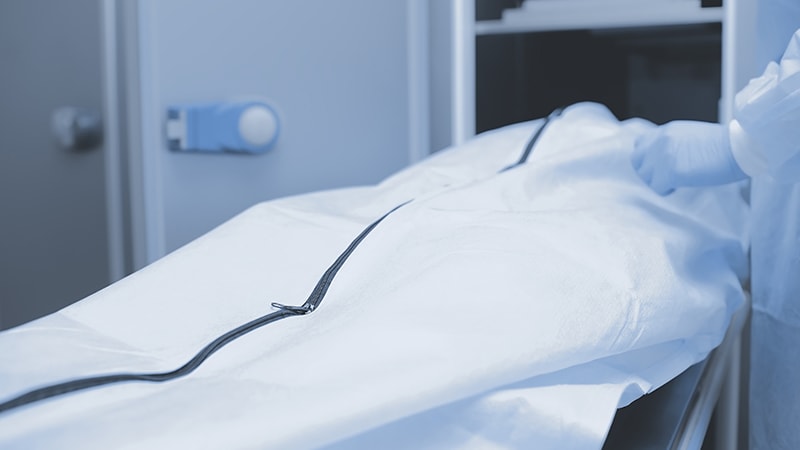 Life expectancy for US adults infected with HIV has risen dramatically since the AIDs epidemic dawned in the early 1980s. But patients are still dying from HIV-related causes, rather than the age-related conditions that strike the general population, researchers report.

On death certificates, the immediate cause of death is often listed as cardiac related, yet a retrospective study of autopsies performed at Bellevue Hospital in New York City from 1984 – 2016 shows that opportunistic infections, which defined AIDS in the 1980s, are still a leading cause of HIV-related deaths.

“When patients with HIV die, it’s in everyone’s best interest to get an autopsy, because at this point, doctors still don’t know exactly why these patients are dying. We still don’t have a handle on the natural history of the disease, both with and without therapy,” she told Medscape Medical News. “Are they developing comorbidities such as atherosclerosis and infections at the same rate as the general population or at an increased rate?”

The study was published online August 28 in Archives of Pathology and Laboratory Medicine.

Despite modern antiretroviral combination therapies, HIV-infected individuals remain vulnerable to a range of classic opportunistic infections, as well as pathogens that strike the population at large.

The authors also found that the incidence of atherosclerosis, hyperlipidemia, and cardiovascular disease has been notably rising in HIV patients, possibly owing to the adverse effects of modern antiretroviral drugs. From 1988 – 1991, atherosclerosis occurred in 21% of those for whom autopsy was performed at the hospital center. The rate rose to 54% in the period 2008 – 2011 (P < .001).

“We thought we would see more direct deaths from cardiovascular events, such as myocardial infarctions, but what actually came out was that there was more notable atherosclerosis, even in patients who were younger and died of infections,” Rapkiewicz said. “The combination of HIV and atherosclerosis may somehow be more fatal.”

To better understand mortality trends in HIV-infected patients, the authors examined data from 252 patients with HIV who died from 1984 – 2016 and who underwent autopsy at Bellevue. Overall, 86% of the patients were male.

However, after 2011, the mean age at death fell to the third or fourth decade of life. Pathologic findings indicated bacterial infection with hepatitis C cirrhosis. “This reflects the fact that despite the overall advances in HIV care, gaps in access to care remained for some younger patients with HIV who were susceptible even in 2016 to liver failure from hepatitis C cirrhosis, sepsis and death,” Nizami and colleagues write.

Rates of classic AIDS-defining cancers, such as Kaposi sarcoma and Burkitt lymphoma, did not change markedly over the study period.

Autopsies for HIV-related deaths declined across the study period. During 1984 – 1995, before the widespread introduction of highly active antiretroviral therapy, an average of 13 autopsies were performed per year in patients with HIV. After that, the yearly average fell to 4.5, a decline that may be an impediment to collecting causal information. Autopsy is an essential tool for determining how these patients died and would help guide physicians in better treating this patient population, Rapkiewicz said.

According to the authors, theirs is the longest longitudinal autopsy study of HIV patients to date. In 2000, the University of California, San Diego, Medical Center reported autopsy findings from 390 AIDS patients for the period 1982 – 1998.