How My $5,000 Student Loan Became a Multi-Million Dollar Business 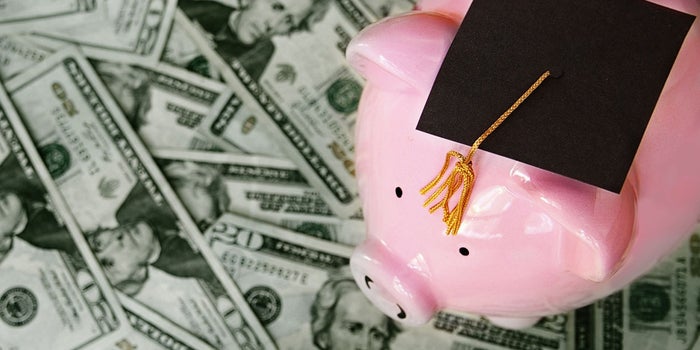 Before I tell this story, I want to say up front that I used the student loan mentioned to pay tuition. Taking this into consideration, let me detail how that monetary sum lead to a multi-million dollar company, reinforced by leverage and hard-nosed discipline.

As a founder, most people know me from my business BNI. However, I actually started a property management company three years before I launched my own company.

I was recently going through my old files and ran across the paperwork for an old student loan that I took out during graduate school. It was 1982, and I had applied to USC for a doctoral degree. I really wanted to do my Ph.D. there, but I also had to figure out how I would pay for it if I was accepted. Several years earlier, I had been accepted to Occidental College for my bachelor’s degree. I was offered a 50 percent scholarship to go to there, but I couldn’t afford the other 50 percent (nor could my family). So I went to a community college and then a state college, because that’s what I could afford; by the way, they were still great schools. Although I didn’t know how I could pay for the doctoral program at USC, I didn’t care. It was my big goal, and I later I applied and was accepted. I received a couple small scholarships, but the lion’s share of my tuition still had to be paid for by me.

At the time, I had a full-time job in L.A. but I wasn’t making enough money to cover living expenses and the doctoral program. So, I took another job and worked as many hours as I could so I could save up enough money to pay for that semester’s tuition. I discovered that one semester at USC shockingly cost me more than my entire bachelor’s degree.

I worked the two jobs and I applied for a student loan of $5,000 to help pay for a semester at the university of my dreams. I had no idea if I’d get the loan, but I applied, and I worked to make the money in case I didn’t get the loan.

A few months later, right before I was to start at USC, I was approved for the loan. The thing is, I had also saved $5,000 from my extra work to pay much of the tuition in case I was not approved. So, I had $5,000 in cash and $5,000 available as a student loan. What should I do? Should I use my $5,000 cash to pay for school, or should I take the low interest loan for school?

I knew I couldn’t keep working long hours for the next several years, so I decided to take the low interest loan and use the $5,000 in cash that I had earned and apply it as a down payment on a condominium. And that’s where my journey began in the investment property business. You see, I flipped that condo a few years later for a larger house. I then flipped that house a few years later for another larger house, which I then flipped for another two homes. Eventually I flipped those two homes to pay about 50 percent of a commercial property that I was building in Texas.

The original loan allowed me to take my $5,000 in cash and turn into a $1.8 million dollar commercial property. Of course, my wife and I made other cash investments over the years that turned this little company I started into a multi-million dollar business with nine commercial properties and dozens of tenants. All of this happened because I got a $5,000 student loan (and of course, I worked really, really hard to earn money and invest it versus blowing it on things that wouldn’t matter in a few years).

By the way, I paid off all my student loans including interest years ago. It was a proud day for me. However, four weeks after the day, I got a letter from another university that read: “Congratulations Dr. Misner, your daughter has been accepted to our school. You can go to this portal to make the tuition payments on her behalf.”

This time around, I didn’t need student loans.