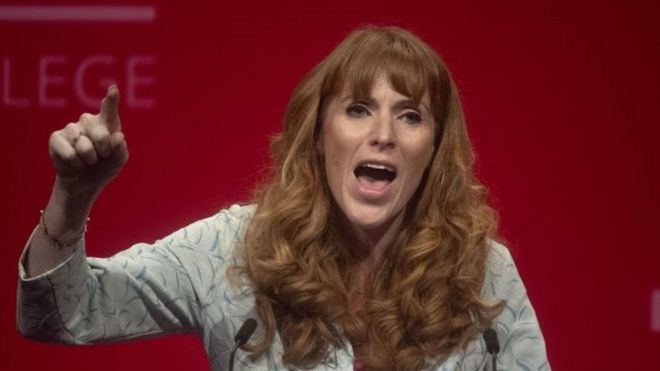 Labour party members have voted to commit the party to integrate private schools into the state sector.

The motion calls for funds and properties held by private schools to be “redistributed democratically and fairly” to other schools.

But Boris Johnson called it a “pointless attack” on education, based on a “long-buried socialist ideology”.

The vote by members signals a desire for the policy to be included in the next Labour Party general election manifesto.

Speaking at the party’s conference in Brighton, shadow education secretary Angela Rayner said “tax loopholes” that benefit private schools would be scrapped by a Labour government in its first Budget.

That includes the withdrawal of charitable status, other public subsidies and tax privileges.

She said the money saved would “improve the lives of all children”.

Universities would also have to admit the same proportion of private school students as in the wider population.

Mr McDonnell said every part of the policy would be carried out on a “consultation basis”, and that he could not see the use of “draconian measures” to enforce it.

He told BBC Radio 5 Live: “It will enable us to not only provide every child with the best opportunities in life, but also to build a more cohesive and equal society in which we live together much more productively.”

Proposing the motion at the party’s conference, Ryan Quick said the education system must offer fair opportunities for all and not reward a privileged few based on their parents’ wealth.

The “old boys’ network” originating in private schools was holding the country back, he argued, and the media was failing to challenge the “false consensus” on the issue.

He called for the “wonderful resources” that private schools had at their disposal – including historic endowments originally intended to help the poor – to be made available to all.

Ex-teacher John Wiseman, a member of the Unite union, said the number of privately educated MPs in the cabinet showed the extent of the problem facing the country.

“How can it be right in 21st Century Britain to still have a feudal education system where a privileged few receive tax-subsidised education on the back of ordinary working people?

“But rather than abolish these aberrations, this government continues to push further privatisation through the academy and free schools network.”

Calling for an end to private schools and all their privileges might get a big cheer at the Labour conference.

But the others who might be cheering even more loudly are those in the legal profession.

Because threatening independent schools with the “redistribution” of their assets will mean complex legal battles about ownership and rights.

The Headmasters’ and Headmistresses’ Conference, representing a group of independent schools, has already promised that Labour’s plans would be “tested in the courts for years to come”.

Private schools and their charitable trusts would challenge why they were being singled out for such confiscations.

Why not other forms of non-state education – whether it’s nurseries, private tutors, professional training, universities or driving schools for that matter?

Apart from property rights, there would be questions about human rights.

How can you stop a parent choosing to pay someone to teach their child?

Imposing a 7% cap on private school pupil entry to universities would put a serious squeeze on the appeal of independent schools.

But it would also mean taking a crowbar to the principle of university autonomy.

So perhaps the least dramatic part of the plan – cutting charitable status and tax benefits – would be the most likely to go ahead.

There are other practical considerations. How would the state sector absorb another almost 600,000 pupils?

It would be like adding the school population of Wales – with estimates of an extra £3.5bn per year on state school budgets.

But the fact that this motion has gone ahead shows the underlying disquiet about the lack of social mobility and widening inequalities.

And private schools have become the symbolic battleground.

The Independent Schools Council said parents would be “rightly worried” at what Labour was proposing, saying it “put politics before the interests of children” and was potentially a breach of the European Convention of Human Rights.

“The move is an attack on the rights and freedoms of parents to make choices over the education of their children,” said its chief executive Julie Robinson.

“This decision is an ideological distraction from dealing with the real problems in education.

“We all want to see more funding for state schools and greater support for underperforming pupils, which is precisely why we encourage all schools to work together in the interests of every child.”

The Independent Schools Association said some private schools undoubtedly needed to do more to justify their charitable status.

But it said absorbing private schools into the state sector would push up class sizes and potentially leave a “devastating” hole in special needs provision currently not paid for by the taxpayer.

“If integration occurred, teachers in the private sector wouldn’t choose to transfer into the state sector, even when pay and pensions are higher in state schools, as if often the case,” said its chief executive Neil Roskilly.

“There’s already a major teacher shortage that can’t be addressed.”

On the second day of its conference, Labour also unveiled a plan to scrap Ofsted and replace it with a new school inspection system.