ONE YEAR LATER, RESTAURANTS ARE STILL CONFUSED BY GOOGLE DUPLEX

By: Jacob
In: Restaurants
Tagged: are, by, CONFUSED, DUPLEX, GOOGLE, LATER, ONE, restaurants, STILL, year 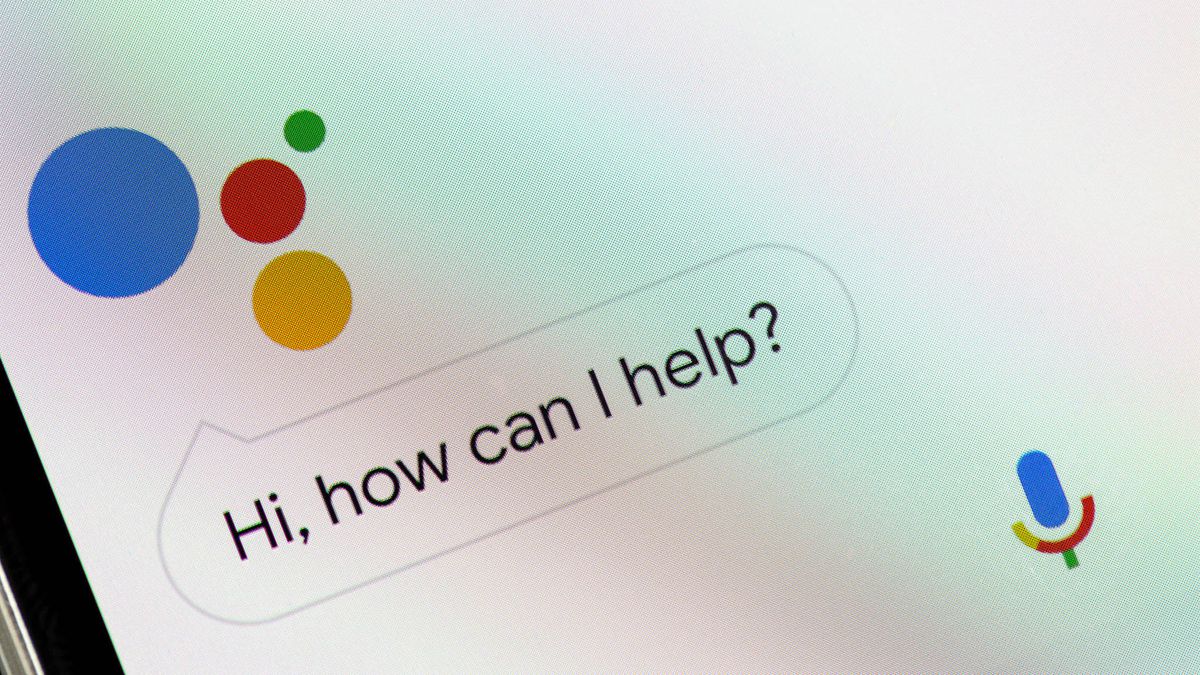 Myriah Q. hasn’t stopped moving since the moment I entered the bar. She’s got patrons seated on the sidewalk and the backyard areas, and she is pacing between opposite ends of the venue to keep up with the happy hour rush. Occasionally, she hops behind the counter to mix drinks, restart the music playlist, or organize menus. Suddenly, the phone rings — for the third time. Myriah looks at the caller ID, ignores the call, and resumes her dance.

“I don’t have time for spam calls,” she explains. “I’m busy enough as is.”

But the call wasn’t exactly spam. Twenty minutes earlier, I’d asked the bartender at Sweet Afton, an Irish pub in Astoria, New York, if she’d ever heard of Google Duplex, an AI that calls restaurants on a person’s behalf and uses realistic human speech to make reservations. When Myriah told me she hadn’t, I asked if she’d be interested in trying it out, and she agreed. Still, when the calls came, she opted not to pick up.

“I purposely ignored those calls because it said ‘Google,’” she says, not realizing that the calls would appear to come directly from the company. “I’m moving so quickly when I’m working that if it doesn’t say a person’s name, I don’t pick up.”

When the fourth call rang — as my Google Assistant frantically tells me it’s still trying to reach Sweet Afton — Myriah finally picks up. This time, she listens intently without ever responding to the AI. “That was weird,” she says as she hangs up. “I’m a little freaked out.”

Google Duplex was arguably one of Google’s biggest announcements in 2018, but the AI faded into the background this week at the same I/O developer conference that introduced it just one year ago. Rather than an update on how the AI has been improved since its official release, Google CEO Sundar Pichai simply noted that the technology has gotten “great feedback,” then he quickly moved on to announce that Duplex would be coming to the web — no human impersonation necessary. Instead of the stunning voice-calling AI that garnered a mix of excitement and ethical criticism, Duplex is now also a fancy autofill tool that helps move you through a webpage to quickly reserve movie tickets and car rentals.

Much of Duplex’s work isn’t actually call-based. When you make a request with Google Assistant for a restaurant booking, it will search for vacancies through third-party booking platforms like OpenTable, Resy, or Yelp. If it’s able to do so, it’ll confirm the time with you and book it, or it’ll say it’s unable to complete the task if the requested times are not available. The Duplex calling feature only kicks in for restaurants that aren’t on those platforms and have opted into receiving calls from Google Assistant on their Google business page. Though Google opts businesses in by default, that still likely amounts to a fairly small percentage of businesses that have to regularly deal with Duplex calls, especially as the tech is still relatively new. And in cities where you’d typically need a reservation in the first place, most restaurants are already likely on web booking services. (Google did not respond to The Verge for a request for comment on how frequently Duplex calls are being placed.)

Online booking services can be expensive for some businesses. OpenTable’s cheapest plan starts at 25 cents per diner for each completed reservation, but it jumps to $249 a month plus a dollar for each diner seated if the restaurant wants the ability to text guests reservation reminders or update them on wait times. Resy and Yelp also start at $249 a month, with Resy charging as much as $899 a month for integration with the restaurant’s point of sale system, a dedicated account manager, and even Apple Watch alerts for when stock is running low or a VIP guest arrives. That type of investment isn’t always worth it for smaller, locally owned and run restaurants that mostly rely on foot traffic and would rather deal with walk-in customers.

“We’re a neighborhood spot, so we want people to just stop by whenever they’d like,” Myriah says.

But because she’s not always expecting calls about reservations, she was a bit thrown off when she heard Duplex’s opening monologue. When I asked if Duplex introduced itself as a robot and warned that the call might be recorded, Myriah says she can’t exactly recall. The pub can get so loud and busy that she “can’t hear every word that comes out of people’s mouths.”

During a particularly crowded Monday lunch rush, Bee Thanaraksalakul similarly didn’t have the free time to notice who — or rather, what — was calling. Thanaraksalakul, a waitress who works at my parents’ Thai restaurant in Queens, New York, hadn’t seen that the caller ID said Google Assistant on it when she picked up, and she doesn’t remember if the caller said she was being recorded. She did note, however, that she never would have guessed that she was speaking to an AI if I hadn’t told her about Duplex. That’s how realistic the voice sounded to her. “It even stuttered a little,” she says.

On the call that Myriah answered, she said the AI sounded like a young male. However, a few minutes after she hung up, Duplex called again to confirm the name on the reservation, but this time, it had a different voice. “This one was Irish!” she says, noting it was odd that the AI wouldn’t use the same voice to confirm the same reservation called in just moments prior.

Several other restaurant employees I spoke to for this piece agreed that the robot assistant sounded remarkably human. Server Shawn Watford of Birmingham, Alabama, said that while he hasn’t gotten customer calls from Duplex at his job, he has tried it on himself just to get a feel for what the AI sounded like. “I was spooked at how natural and human the machine sounds,” he says. “It was so weird [that] when it called, I immediately hung up.”

“IT WAS SO WEIRD [THAT] WHEN IT CALLED, I IMMEDIATELY HUNG UP.”

Some employees were even skeptical about whether the voice on the other line is truly a robot. Gabriel Murphy, owner and chef at Gogi’s Restaurant in Jacksonville, Oregon, said he tried the AI out on his staff as he monitored the call in private. When he later told them it was Duplex, the team didn’t believe they were truly talking to an AI. “None of the staff seemed to have any issue with it, [but] there were plenty of jokes about Skynet and machines taking over,” Murphy says.

But Google’s machines don’t seem to be taking over yet. As the US continues to deal with an onslaught of spammy robocalls, it seems that many restaurant employees are inadvertently shielding themselves from Duplex by ignoring incoming calls that do not display a person’s name. Mark Seaman, a manager at two-year-old restaurant Queens Bully, in Forest Hills, New York, says he often tries to avoid calls from businesses that look like they could be pitching the restaurant on a product or service. “Most of our growth comes from our own social media efforts and the parties we throw,” Seaman tells me. “We get calls all the time from people trying to sell us something [we don’t need].”

Although Google does not personally call businesses to convince them to buy ads, it stands to reason why many restaurant employees would shy away from answering calls that list the company in its caller ID in the first place. As Google plans to extend Duplex beyond restaurants and into other appointment-based services like hair salons, it’ll have to do more to convince businesses that its robocalls, at least from the surface, are different than the ones most Americans are accustomed to.

When Duplex was first announced, one of my initial concerns was that the technology would further widen the gap between the privileged and the poorand weaken communication and empathy one party could have toward the other. Over the past few years, I’ve watched how apps like Seamless and Uber have seemingly entitled their users, encouraging them to appease their most demanding selves while seldom having to face or speak to the people fulfilling their needs. They’ve resulted in ads that highlight obnoxious requests from real food delivery orders that people hailed as “hilarious” and “clever.” And the infamous video of then-Uber CEO Travis Kalanick belittling a driver on his platform for asking why UberBlack prices had dropped.

One year later, Duplex is still limited and, at least for now, has minimal impact on service workers aside from occasionally freaking them out, but there is perhaps an unintended byproduct of AI replacing humans: politeness.

“It’s easier talking to [Duplex],” Thanaraksalakul says. English is her second language and working at the restaurant is where she gets to truly practice it. So when she repeats questions or misunderstands someone on the phone, the customer is not always patient with her. That misunderstanding can sometimes lead to an unpleasant experience when the customer shows up in person, or it can even result in a poor review online that talking to the AI can be an accidental reprieve.

Kindness is not always an expected interaction at work in the service industry, and it’s one thing Myriah also appreciates about the call from Google. “It was kind of creepy,” she says, “but it was very polite.”