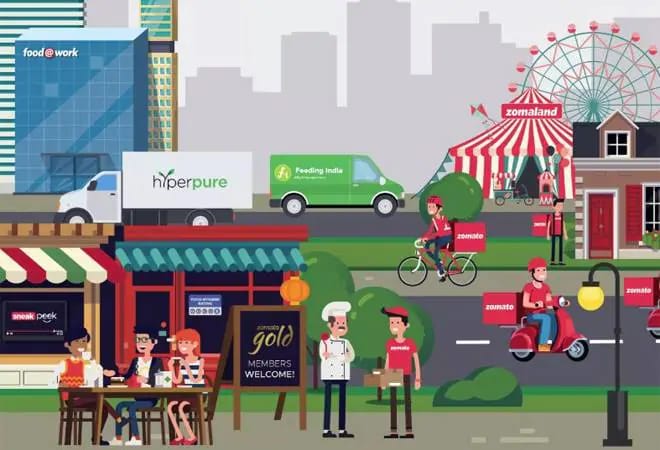 As the fight between online players and restaurant owners enters its second week, the National Restaurant Association of India (NRAI) sent out letters to four leading food aggregators on Monday, red-flagging their steep discounting and predatory market practices. Founded in 1982, the NRAI represents the interests of over 5 lakh restaurants.

In separate letters sent to Swiggy, Zomato, Uber Eats and Foodpanda, the restaurants body listed out eight areas of concern, adding that it had received “widespread complaints and concerns from members, associations and restaurants regarding the lack of transparency, deep discounting and abuse of dominant position by the online delivery aggregators”. The letter alleged that the food delivery firms engage in steep discounting, going up to 70 per cent throughout the calendar year, the Financial Express reported. “It is pertinent to note that these discounts are most often funded by the restaurant operators, sometimes under veiled coercion,” it added.

NRAI also put the spotlight on the “uneven and arbitrary” commission on the net bill value of the food that’s slapped on restaurants by the delivery platforms. “Any restaurant which is getting orders through the food delivery platforms, pay a certain commission to them. That commission varies from 12% to 30% and this is arbitrary,” Anurag Katriar, head of NRAI Mumbai Chapter, told the daily. According to him, the platforms ask restaurants to participate in their discount events, warning them that their order volumes will go down if they opt out. “There is a lack of transparency. They will onboard you at say 15% [commission]; once the business builds up, they will make it to 20%,” he added.  The body suggested that commissions ought to be determined on the basis of logical metrics like average order value (AOV) or volume of business.

NRAI further claimed that the terms and conditions agreed upon between an online platform and restaurant is not “sacrosanct” and often “lopsided”, favouring aggregators. The latter also allegedly refrain from sharing customer data with restaurants, which amounts to “disconnecting” them from customers. Inconsistent parameters for ranking restaurants and online platforms developing their own brands, which NRAI says creates “grossly unfair playing field”, were other issues flagged off in the letter.

“There was a high demand of immediately extending the logout movement to the delivery vertical as well. However, our responsibility as an industry body compelled us to engage in dialogue first,” the letter added. In a subsequent statement, NRAI clarified that the body is not against the technology platforms, but its concerns are largely around the online aggregators misusing their dominant position to indulge in predatory behaviour commercially and in forming the terms of engagement. “This is especially impacting the growth, employment and sustainability of the thousands of small restaurants and start-ups in the country,” it added.

So what is the food fight all about? As some would recall that some months ago, food aggregators like Zomato were aggressively selling their Zomato Gold package to people who order online food frequently. The deals were quite tempting buy-one-get-one-free offers were given on food and drinks for prices as low as Rs 1,500 per annum.

Gurgaon-based Zomato and others like Dineout and EazyDiner, as the restaurants claim, promised that these dine-in and table booking programmes would increase footfalls at the restaurants and, in general, increase their revenues. But it actually turned into a massive discount spree that rendered their sales unprofitable.

The restaurant owners retaliated in mid-August by starting a #Logout campaign, which has seen over 2,500 restaurants in Delhi, Mumbai, Bengaluru, Kolkata, Goa, Pune, Gurgaon and Vadodra exiting platforms such as Zomato, EazyDiner, Nearbuy, MagicPin and Gourmet Passport.

The stand-off between both groups has put millions of jobs and billions of revenues on the line. The organised food services segment, which is primarily engaged with aggregators, is about 35 per cent of the overall food services market, which had a size of Rs 4.24 lakh crore and employed close to 7.3 million people in 2018-19.